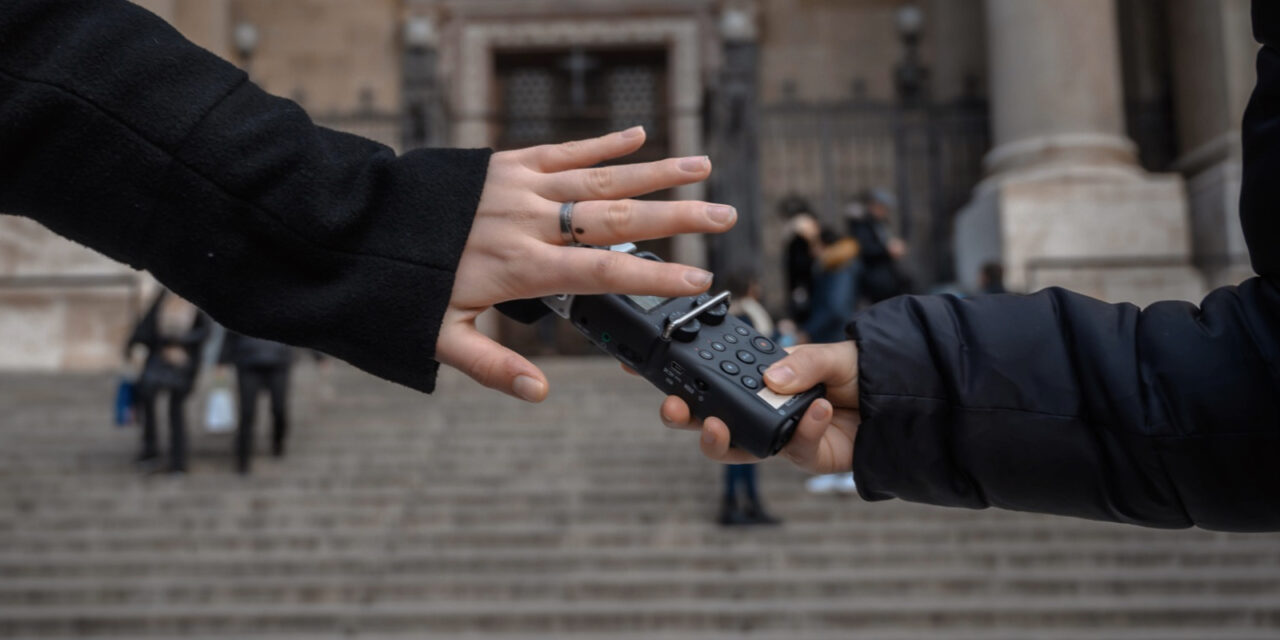 Recently the EU released a file with a press observation, which showed that Hungary has the lowest press freedom in years. Press freedom is an important factor to determine the democratic values in a country. This is why the NGO Freedom House and the Democracy Index of the University of Gothenburg do not see Hungary as a democratic country anymore.

The European Commission showed it is serious about the democratic setbacks in Hungary and Poland. This became clear in a letter the EU has sent about a month ago to Poland and Hungary. Both countries pose several specific questions about the most problematic issues.

The letter that has been leaked to Politico describes a systemic problem with corruption and lack of accountability in Hungary. The independent media are taking it for granted that the country will not receive the first piece of its money from the EU’s 750-billion-euro coronavirus recovery fund this year. It is not available now that the money will still be on hold when the next parliamentary election takes place in April 2022. 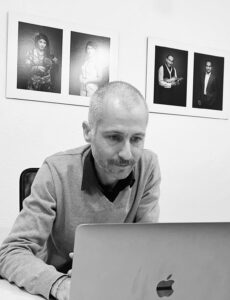 Máté Szabó at the headquarter of the Hungarian Civil Liberties Union in Hungary. Photo by Femke Boots

From the moment Viktor Orban declared a sweeping victory for his center-right Fidesz party in 2010, the media system in Hungary has changed.  Máté Szabó, director of programs at Hungarian Civil Liberties Union, says: ‘It was one of the first things Orban did: changing the media.’ Szabó is working at one of the biggest human rights organizations in Hungary, where they help citizens with legal support.

Business friends of Orbán buy up media companies and turn them into propaganda machines for the Hungarian government according to the dutch documentary from Argos Vpro. Journalists who report critically are made pariahs. They do not get access to press conferences and if so questions are often ignored. The New York Times said the media in Hungary is only “partly free” and has fallen nearly 50 places on the Freedom House scale since Orban’s election.

Within this created media system, it is questionable if free and fair elections can happen in April 2022 or not. Szabó says: ‘Elections cannot be fair, while we are living in a democracy without free press. Our country has elections, but other aspects of democracy are lacking.’ An example is a lacking system of the separation of powers, there are no independent institutions. ‘I would say that Fidesz occupied all those important branches, to control the media. With the aim to boycott the function of watchdogs of journalists’, according to Szabó.

'Elections cannot be fair, while we are living in a democracy without free press'

They used to have a system in Hungary called ‘freedom of information (FOI)’, this gave the opportunity for the press to ask for documents of the press. According to BalkanInside, they are extending the deadline for answering FOI requests and suspending data protection regulations due to the COVID emergency. The system makes the job as a journalist difficult, Szabó says: ‘Since we are in a pandemic, all the possibilities to obtain information from the government have been removed.’ Before the pandemic there was a deadline to receive answers within 15 days, which now has been expanded to 45 days. According to BalkanInside is the government continuing its assault on important democratic rights.

According to Szabó their is a system in Hungary that creates fear and self-censorship within citizens: ‘People are scared to speak up, something that the government wants. If someone works for the government and wants to keep the status quo, they should not be involved in sensitive topics. At Hungarian Civil Liberties Union we support people legally who dare to speak against the propaganda.’

How do citizens of Budapest think of the press situation in Hungary? Several Hungarian citizens speak in the big market hall in Budapest about Hungary as a democracy and press freedom.

European role: the only limitation for Fidesz

Other European member states have an important role in Hungary. They give limits to the power of the current government. This is also visible in Hungary not getting the first tranche from the recovery fund, the money they need from the EU. Szabó says that governments usually have constitutional boundaries, but within this country Fidesz has not: ‘Every kind of boundaries that could restrict the power of this government, so for example, this proposal of press freedom would have some importants effect on how the government is working. We have to leave the constitutional limits because it is not going happen in Hungary and we need to use the European limits.’

According to the NGO Freedom House and the Democracy Index of the University of Gothenburg, Hungary cannot be considered as a democratic country. Szabó agrees with this: ‘The political party has no limits in the system. There are some limits coming from outside. When a system has no internal limits, no free media and press, a country cannot be considered as a democracy.’ 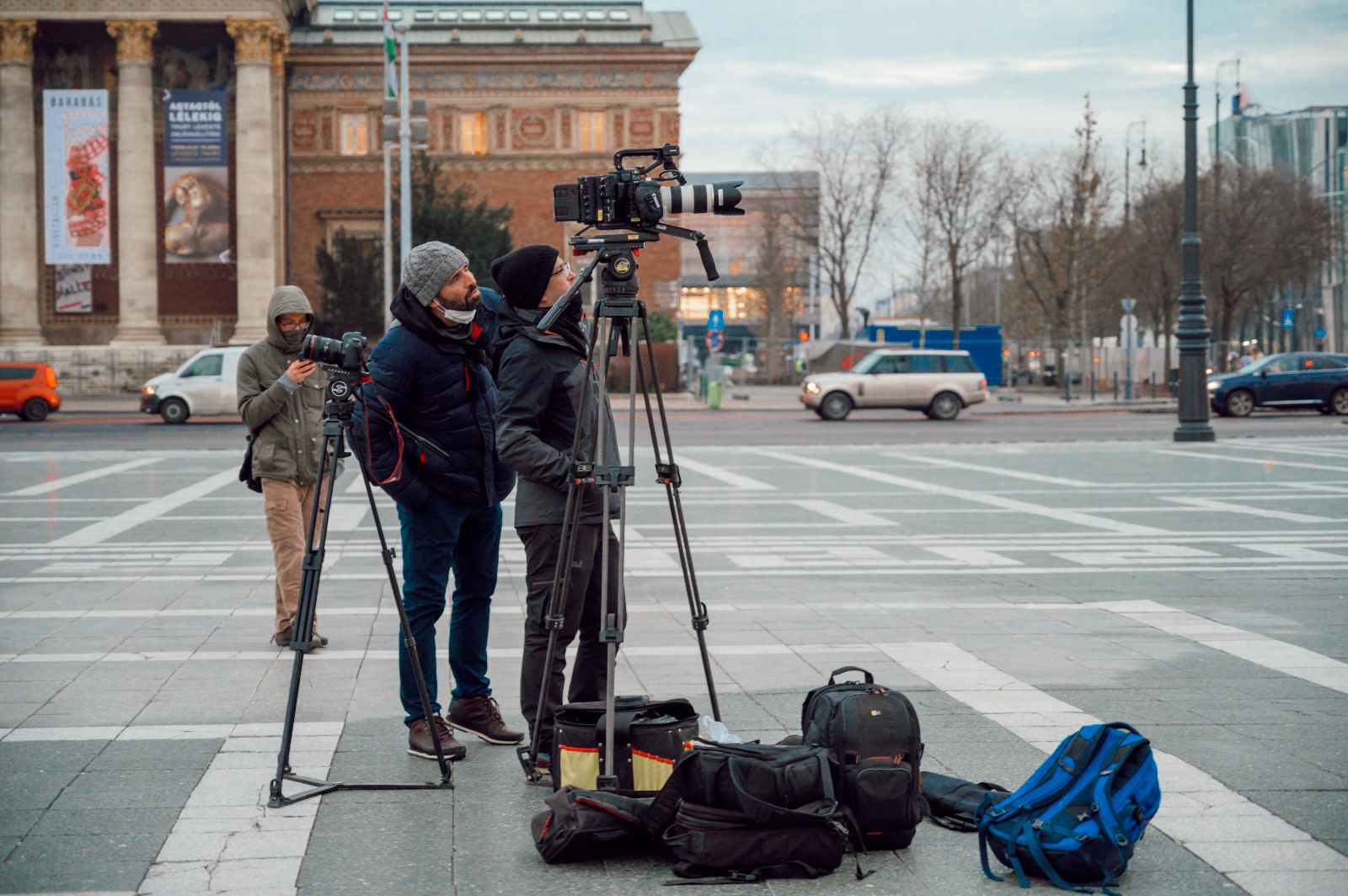 Hungarian journalists on the big square in Budapest. Photo by Femke Boots

The current situation for foreign correspondents

For foreign correspondents, it is quite alright to fulfil the job within a country as Hungary. As well for the Dutch foreign correspondent Arnout le Clercq, who is a journalist in Eastern Europe. He is not hindered in his work as a journalist. Once he was In Poland, where he stays most of the time, according to Le Clercq that was bit different: ‘I write a lot about the border crisis, the press is not allowed within the border area. That’s the biggest hurdle for me, otherwise, than that I can do my job in countries like Hungary or Poland.’

One of the reasons Le Clercq could operate freely has also to do with the language he’s writing in: ‘I am writing for Dutch media, a fairly unknown language, which is not read often abroad in other countries. English- and German colleagues are sometimes in a different situation. Here in Poland for example there is a colleague from Germany, working for ‘Die Welt’, who received many threats.’ This was after a Polish politician lay claim to the journalist’s work. Le Clercq admits that the biggest downer is for Hungarian and Polish journalists.

With the upcoming elections in April 2022 Máté Szabó, director of programs at Hungarian Civil Liberties Union hopes that more political parties get influence. He says: ‘In the end, change has to come from inside the country, citizens have to stand up. Revolution is needed to make changes within Orban’s regime.’ 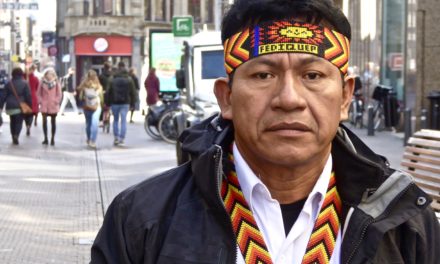 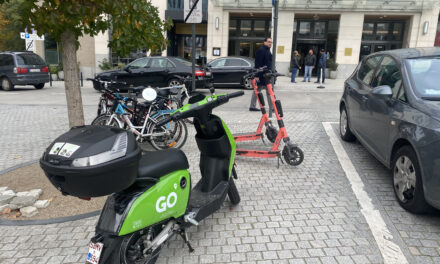 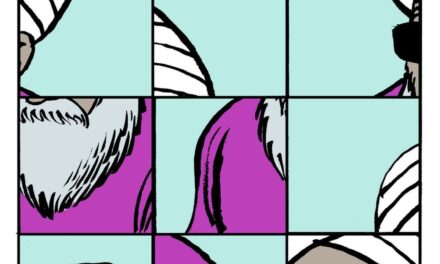