True: “Only 4% of Dutch nature reserves are in good condition and the number of wild animals has halved since 1990”

“Only four per cent of Dutch nature reserves are in good condition. The number of wild animals has halved since 1990,” states Dutch political party D66 in its election programme for 2021. With these statements, D66 tries to convince Dutch citizens to support the party in the upcoming national elections.

D66 promises to create more nature, protect existing nature and to solve the nitrogen problem. D66 is a social-liberal party counting 25.000 members in 2019. Almost all Dutch political parties are actively promoting nature conservation in the Netherlands. But is the situation for Dutch flora and fauna truly that excruciating? In 2020, the World Wildlife Fund (WWF) conducted a major study, the Living Planet Report Netherlands, which concluded: “Our unique Dutch nature on land is in worse shape than ever” (WWF, 2020).

Jurre Dekker is biologist and agrees with WWF’s statement. “The Netherlands is a very urbanised country, especially compared to Belgium and France. There is no space for nature here,” says Dekker. Due to nature fragmentation, there are always urbanised areas near nature. Dekker: “This brings along noise and light pollution, but it also introduces toxic chemicals into the nature reserve.”

Compared to other EU countries, the Netherlands is doing badly. The European Environment Agency writes “Europe’s biodiversity continues to decline at an alarming rate, with most protected species and habitats found to be in a bad conservation status” (EEA 2020). As can be deduced from the table below, the Netherlands is in fifth place regarding how conservation is failing in habitats. Habitats refer to the different ecosystems present in the Netherlands. Certain species can only survive in a specific ecosystem. Not all habitats are nature reserves. Another reason why the Netherlands is not scoring well is due to agriculture. Dekker: “The Netherlands has one of Europe’s highest amount of agriculture compared to land ratios. Agriculture means a leaching of pesticides and fertilisers into the surrounding nature reserves.” The report shows how nature in the flat areas of Europe, including the Netherlands, are often in a worse state than mountainous regions. Flat areas are more ideal for agriculture.

Source: European Environment Agency. (2020). State of Nature in the EU (No. 10/2020). Publications office of the European Union

Regarding the second part of D66’s statement, WNF’s Living Planet Report states that:  “Populations of wildlife species in agricultural areas have halved on average. Populations of wildlife species characteristic of open nature areas, such as heathland, have also declined by 50 per cent on average”. These figures are similar to the rest of the world. A 68% average decline in global vertebrate species populations was found between 1970 and 2016 (EU Science Hub 2020). Furthermore, a recent European assessment of the conservation status of 6000 European species undertaken by IUCN (European Commission 2020) revealed that up to 25% of European animal species are now threatened with extinction.

The statement made by Dutch political party D66 in their party programme, “Only 4% of Dutch nature reserves are in good condition and the number of wild animals has halved since 1990” is true. Both research reports and biologist Jurre Dekker underpin the party’s claim.

This post was originally posted on www.eufactcheck.eu | A project of the European Journalism Teachers Association, the Utrecht School of Journalism is a proud member.

Leave your comments, thoughts and suggestions in the box below. Take note: your response is moderated. 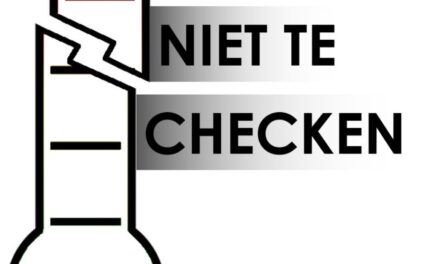